Where we've been and where we're going

ate in his life and early in the twentieth century, the building known today as Heinz Memorial Chapel began in the mind of Henry J. Heinz.  The first-born son of German immigrant parents, his youngest years were spent in Birmingham, now  part of Pittsburgh’s South Side, before the family relocated to Sharpsburg.

In looking back at his life, the man who was known as Harry in his youth felt that the moral and ethical lessons received from his mother, Anna Margaretta Heinz, profoundly shaped his adult life.  With a sincere desire to influence others in the same way, Heinz inserted a provision in his will that a bequest be made to the University of Pittsburgh for a building to be built in honor of his mother. The wording of the bequest was spare, stating nothing of what the structure should look like. Only its purpose, for religious training and social activities was addressed.
Raised in the German Evangelical Protestant Church, later going with his mother to the Lutheran Church in Sharpsburg while a formal member of the Methodist Protestant Church, then joining East Liberty Presbyterian Church near the end of his life, Henry J. Heinz embodied cross-denominationalism. He was also keenly interested in education. Religious education through Sunday School was his main focus, but he placed high value on secular education. In fact, he was the first of the Heinz family to hold public office, long before great-grandson and namesake, the late Senator John Heinz, being elected to the Sharpsburg public school board.

Heinz Memorial Chapel, as it exists today, came about when the executors of H. J. Heinz’s estate, his two surviving sons, Howard and Clifford, their brother-in-law, John Given, joined by their sister, Irene Heinz Given, met with Chancellor John G. Bowman to discuss the bequest. The newly installed head of the University of Pittsburgh had a vision for the small private institution already formed in his mind when he met with the Heinz family delegation. It was his notion to create a “skyscraper university” that would take advantage of modern construction methods, but be cloaked in a 700 year-old architectural style that, to him, symbolized a Western European intellectual tradition that went back to the Middle Ages. 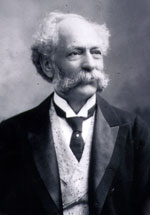 This “skyscraper university” became linked with the nickname, Cathedral of Learning, by which it is known to this day.  Heinz Memorial Chapel was designed by the same Philadelphia architect, Charles Klauder, to be a companion building to it and the Stephen Foster Memorial. Groundbreaking for the Chapel was held in August 1933 and foundation work immediately began. By the following August, ninety-five percent of the limestone walls were up. This was a major building project done during the depths of the Great Depression. The Chapel was completed by the fall of 1938 and dedicated that November.

It is located in a community where my father was born and lived his life. It is on the campus of a university. As part of that university, it is dedicated to culture, an understanding response to beauty, and religious worship.

Various religious services are held in the chapel, but it does not belong to any denomination. From its beginnings, the chapel was intended to be non-sectarian. The chapel is open daily throughout the year except for University holidays, and hosts approximately 1,000 events annually. More than 100,000 people participate in religious services, weddings, concerts, classes, memorial services, and guided tours. Many simply seek its peace and beauty as a refuge.

Since the chapel’s dedication in 1938, the Heinz family and their philanthropies have generously provided ongoing financial support. Grants from the Vira I. Heinz and Howard Heinz Endowments and capital funds from the University of Pittsburgh funded the 1996 addition to the chapel’s north side. The addition houses an elevator designed to make the chapel completely accessible to individuals with disabilities.

See How We Work 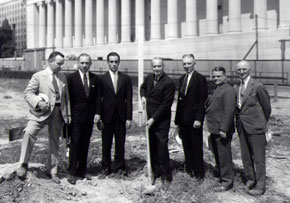 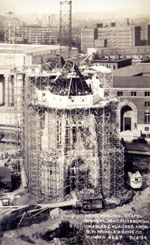 When the cornerstone of the chapel was laid in 1934, University Chancellor John Bowman said, “The Chapel is designed as a fitting center for worship which in various ways will rise at the University. The character, intensity, the level of that worship may change from generation to generation. The spiritual tide in men rises and falls. Through these changes, though, the Chapel will stand, calm and undisturbed.”

The chapel has stood for more than half a century. The times have changed and, in some measure, changed back. Through it all, the chapel has fulfilled its mission as a vital part of the University of Pittsburgh and the community. By its presence, it teaches that which cannot be measured or analyzed.